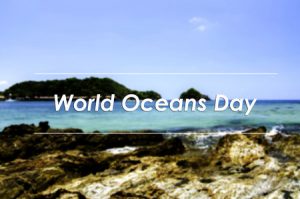 First established way back in 1992, World Oceans Day was originally designed to draw awareness to the many problems plaguing the planet’s oceans. In 2002, The Ocean Project started promoting the special day more actively. And since then, it’s been held every year on June 8th with a series of events surrounding it to promote cleaner oceans and conservation.

This year, The Ocean Project is planning to put a special emphasis on trying to prevent plastic pollution and other types of pollution from wreaking havoc on oceans. This push couldn’t come at a better time as the ocean’s pollution has been a hot-button topic as of late. Recent explorations have shown that plastic and other pollution have managed to find a way to the deepest depths of the world’s oceans, proving that humans are having an even bigger impact on the oceans than people previously thought.

If you want to take part in World Oceans Day, you can do it by attending one of the many events planned throughout the world. From the World Oceans Day Family Festival in Sarasota, Florida on June 2 to the NOAA Open House in Washington, D.C. on June 9, there are plenty of activities scheduled around World Oceans Day in 2018.

You can also use World Oceans Day as a reminder that you need to do your part to protect the oceans by not littering and, maybe more importantly, by cutting down on the waste you create. When you limit the amount of plastic and glass that you use, you are doing a great thing for the planet.

ProCurve Glass Design, Inc. is every bit as committed to helping the world’s oceans as you are.

We are one of the leading manufacturers of marine bent and curved glass used on yachts, speedboats, commercial ships, sailboats, and more. Using our chemically strengthened glass can allow designers to use glass that is up to 30% thinner, which saves 30% of the weight of glass and can therefore reduce tons of emissions. Glass is durable, so with proper care, the glass should last for the entire lifetime of the boat and never need to be replaced.

To learn more about the marine bent and curved glass we can supply for you or to get a quote, call ProCurve Glass Design, Inc. at 215-441-9101 today.